There’s a very particular way of thinking that’s prevalent among scientists. Scientists work on studies and experiments. For each one, they determine a hypothesis—a prediction of what will happen during the experiment. 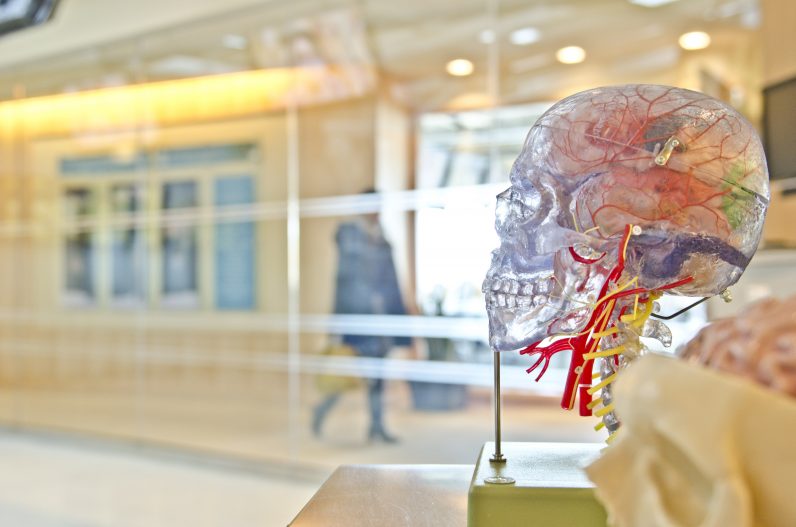 But here’s where things really differ from the way most of us think: experiments don’t fail or succeed. They simply prove or disprove the hypothesis. A scientist hasn’t failed in their work if their hypothesis turns out to be incorrect.

Rather, all they have to do to succeed in their work is run the experiment and collect data. That data helps them form new hypotheses and run further experiments.

Compare that to how you think about your work.

If you have a deadline, or a side project you’re working on, or a promotion you’re aiming for, you probably have a clear definition in your head of success and failure. And you’re aiming for success, right?

There’s no scientific process when it comes to getting your work submitted by a deadline. You do the work well or not, and turn it in on time, or not.

But, though it might seem out of place, bringing this scientific way of thinking in to your work can be surprisingly effective in helping you succeed more.

Let’s take a look at two particular examples where this is the case.

Thinking Like a Scientist to Increase Your Chances of Success

Taylor Pearson writes of Buckminster Fuller, an incredibly productive scientist who published more than 30 books, as well as inventing various architectural designs, and even coining new terms such as “Spaceship Earth.” Pearson tells the story of a low point in Fuller’s life in 1927, when his family—including a new baby—was struggling financially after he’d lost his job.

It was at this point, when Fuller was on the brink of giving up on life entirely, that he realized he had nothing to lose in terms of how he lived in the future. He resolved to live his life with the mindset of a scientist—continually experimenting, tweaking, and experimenting again, to see how he could best contribute to humanity. “My objective was humanity’s comprehensive success in the universe,” he once said.

Looking over his achievements, one could say his experiments turned out rather well. Fuller’s approach was to act as if he were two people: Fuller the scientist, and Fuller the operator. His operator self carried out his experiments, living his life and doing his work based on the parameters set by his scientist self. Fuller called himself “Guinea Pig B,” with “B” standing for Bucky, as he was known to his friends.

After each experiment, Fuller the scientist examined the data, adjusted for a new hypothesis, and started a new experiment. His experiments generally took the form of designing some new invention—most of which were failures. But he didn’t quit.

After all, he was on a lifelong mission to determine what he could contribute to humanity. Each new invention he worked on was another data point in his 50-year experiment.

While I wouldn’t suggest such an extreme approach for anyone, least of all those with a new baby at home and no job, it’s worth noting that the scientist’s approach to thinking turned around a man ready to give up on life and made him a prolific writer, inventor, and designer who’s well-remembered today.

On a smaller scale, approaching your work as both a scientist and a “guinea pig” may help you find the key to productivity you can’t see otherwise. By running experiments and taking a step back to examine the results after each one, you can continue adjusting your approach until you find what gives you the most productive output possible.

To get started, you might try experiments such as these:

Don’t forget one of the critical parts of the scientific method: gathering data. First, write down your hypothesis: what do you think will happen during the experiment? Then, find a way to measure what happens. It might be keeping a tally of how many tasks you get done in a day, what type of work you get through, or simply using a time tracking app to note how you spent your time overall.

As Pearson says, one of the most important parts of designing experiments is to ensure you’ve clearly outlined the parameters ahead of time. “By treating life as an experiment,” he says, “you can limit downsides and maximize upside by removing your ego.” Once you start putting the experiment into effect, says Pearson, your ego is involved. Knowing ahead of time what fits the parameters of your experiment and what doesn’t takes away the uncertainty of what to do in the moment—and ensures you’ll have solid data to work with after the experiment is over.

You need to understand that the success of that one experiment doesn’t define your success as a scientist, it’s the aggregate that matters. — Taylor Pearson

Get Started with MeisterTask

Side projects, unlike our day jobs, tend to reveal a lot more about us. They’re more linked to our identities and our values—in short, our egos tend to be more wrapped up in our personal projects.

For this reason, they’re also more scary. It’s a lot harder to face failure in a passion project than it is in a task assigned to you by someone else.

Entrepreneur, designer, and writer Paul Jarvis says fear kept him from starting new projects for a long time, leaving his skills and experience stagnating. “I used to let fear of a failed side project keep me from trying new things outside of my normal workload,” he says. “My day-job was comfortable, so I didn’t want to fail at something new.”

When Jarvis realized he wasn’t pushing himself creatively, he knew side projects were the perfect way to do so. Side projects, he says, give us a chance to “push new skills, flex our creative muscles, and give us testing grounds for new and innovative ideas.”

Jarvis found a way to push through his fear of failure: he started thinking of his personal projects as simply experiments. He took the succeed-or-fail risk out of them, which also took away the fear.

Experiments don’t “fail”—they simply prove or disprove a hypothesis. For example, despite my day job as a designer I had the hypothesis that I could also write an e-book. I then simply started writing. I didn’t focus on the outcome, how the book would be received or what others would think of it. I figured, “let’s give this a try”.

These days Jarvis has expanded his projects to include multiple online courses, two podcasts, and publishing four books. Like Fuller, approaching every new project as an experiment has helped Jarvis increase his output—but more importantly, he’s not afraid to try new things anymore.

By framing the side projects I’ve done as experiments, I’ve had both the confidence to pursue them and the ability to judge them less harshly when they didn’t work.

Jarvis says treating his projects as experiments means he has to act in two modes. “Don’t create your experiment and judge it at the same time,” he says. “Creation and judgment are very different thought processes and can interfere with each other, and must be done separately.”

He also finds it important to focus entirely on the task at hand, and not think about the end result. The purpose of each experiment, after all, is to allow you the confidence and freedom to try things without worrying about success or failure.

Remember: these are experiments. Not full-time business ideas. — Paul Jarvis

Once each experiment is over, Jarvis either changes the parameters and tries again, or moves on to something new. He warns against repeating the same experiment over and over, hoping for a different result. “If you want a different outcome,” he says, “you have to change your experiment up a little—refocus for a new audience, try a different medium, or try experimenting with a new idea completely.”

The projects you apply this approach to will depend on what skills you want to develop, but here are some ideas to get you thinking:

Whether you’re thinking about ambitious passion projects you’ve been meaning to start or increasing your productive output at work, the scientific mindset can help. When you remove the options of success and failure from your work, it’s freeing—you can suddenly experiment, or simply enjoy the process without the pressure of succeeding.

You don’t have to do this in all your work, but give it a go for the next project you work on. Start by defining the parameters of your experiment and writing down a hypothesis. And don’t forget to measure the results so you can adjust and retry the experiment when you’re done.