Berlin based, Robert Böhme is a programmer with high aims. When he’s not working on projects for the German Federal Ministry of Education and Research, he and his fifty-five person team from around the world, aka the Part Time Scientists, make up the youngest team competing to win Google’s $30 million Lunar X Prize. 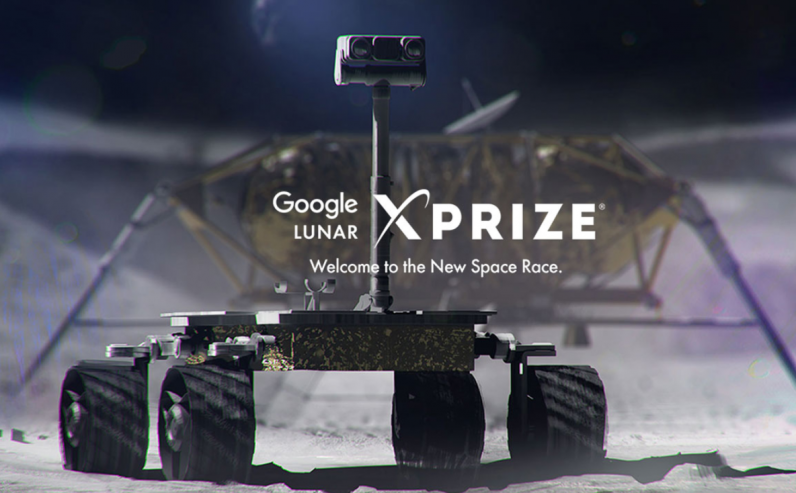 And they’re using MindMeister to get there.

The team was invited to display their progress at the Berlin International Airshow this past June. As any aspiring rocket scientist will tell you, getting to the moon isn’t cheap. The Berlin Airshow served two purposes for the Part Time Scientists; exhibit and gather interest in their Google Lunar X Prize entry, and, meet and greet potential sponsors of the project.

Naturally, the team planned on exhibiting their two moon rover prototypes at the show, but the exhibit is only one part of the final production. The Part Time Scientists are just that; Scientists, and not event organizers. So when the time came to plan out their big splash, they turned to MindMeister.

When faced with such an excellent opportunity, the Part Time Scientists knew they wanted to get this one right. With a shopping list of preparation items, “What do we need to put which item on display? Which services are available to exhibitors, and how do we get them? Etc,” the team wanted to collect and share data with all the relevant players. Ideally, they wanted all of this data in one centralized document, thereby eliminating duplicate work, as well as serving as a “did we forget anything?” checklist.

“It’s true that as soon as the event has started, the worst things are over … But we still had to get to that point,” says Inez Mischitz, editor of the team.

With so much riding on this one event, the team knew that it would take their collective brainpower to nail this presentation. To this end, they looked to MindMeister as a brainstorming and creation tool. Not only did the team address a number of “standard” questions and answers they were sure to receive at the show, but also used MindMeister to design the overall look and feel of the exhibition booth.

As their name suggests, the Part Time Scientists are just that: Part Time. Therefore, they have no centralized office where they all physically meet. The ILA Berlin Air Show team, consisting of 5-8 people based in Berlin, Hamburg, and France converged via VoiP once a week for several weeks leading up to the exhibition.

The team used these collaborative sessions to use MindMeister to map out every possible idea they could think of. Based not only on the collaborative features of MindMeister, but also the “available anywhere, anytime,” functionality, the team would insert ideas during meetings, between meetings, and sometimes from the road, or the air.

“We had been making extensive use of MindMeister before, but I never received as many email notifications as I did during the weeks we were planning our booth,” comments Mischitz.

When launch day arrived on June 9th in Berlin, the Part Time Scientist team put their mind map(s) to work. Arriving on site that morning, Inez comments, “All we had to do was ‘assemble the parts’ of our booth according to our mind map. Without a solid plan of action, or one done as a simple list, it would have been far too easy to overlook something.”

The Part Time Scientists successfully displayed their project to over 225,000 trade visitors, as well as the general public. The team received quite a bit of attention concerning their Asimov Jr. R2 rover prototype, so much so, that Peter Hintze, Federal Government Coordinator of German Aerospace Policy stopped by to see what the team were up to.

“When we started the Part Time Scientists, we would all gather around a whiteboard. As time went by and the team started expanding beyond regional borders, we quickly realized we’d need a better solution,” adds Project Leader Robert Böhme. “That was when we discovered MindMeister. We agreed on a partnership and we’re happy to say that MindMeister is one of our very first official partners supporting us in our goal to win the Google Lunar X-Prize!”