We hear the phrase “work/life balance” so often that it’s easy to gloss over it rather than digging into what it really means. Unfortunately, like many things that are easy to overlook (eating well and exercising, for instance), not having work/life balance can be quite dangerous for our health and wellbeing. 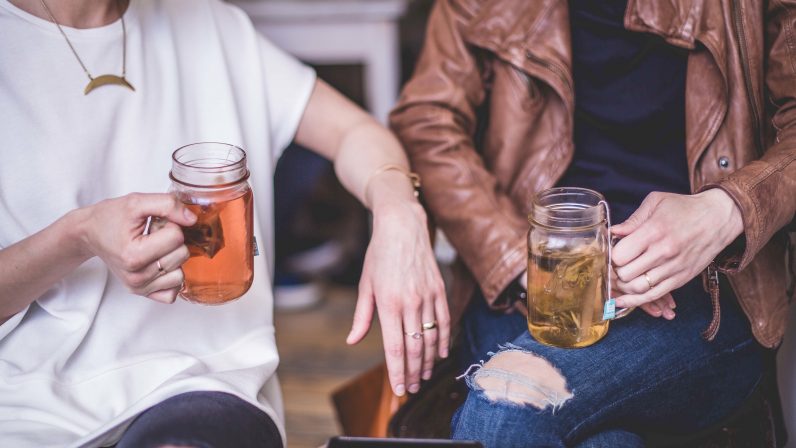 The Dangers of Not Having Balance

You can go one of two ways when you’re out of balance: too much life, or too much work. The dangers of too much life in your equation are fairly obvious: if you’re not working enough, you risk not producing results, producing lower-quality work, struggling to grow your business, or even losing your job.

It seems more common to go the other way, though. Many of us end up spending too much time at work, not making enough time to relax and strengthen our relationships with friends and family.

And this is where things get dangerous for our health. Research has found those who overwork (that is, work 55 hours or more in a week) have a 33% higher risk of stroke when compared to those who work fewer than 40 hours per week. Overworked employees who do manual labor or other non-white-collar jobs also have a 30% higher risk of developing type 2 diabetes.

Those who work less than 40 hours, on the other hand, fall asleep faster and get more sleep overall. Researchers suggest this may be because working more gives us less time to relax and wind down for sleep, but increases our requirements for relaxation time.

And since overworked employees get less sleep, they also attract downsides of being tired. When we’re tired we tend to misread other people’s emotions and pick fights more often—neither of which are conducive to communication and productivity in the workplace.

There’s a reason, for instance, that we tend to work eight hours a day, five days a week. Most studies and business experiments have found this to be the most effective spread of working hours for productivity. In the past it was common to work up to seven days a week and more than ten hours per day.

But Henry Ford wasn’t happy to settle for what everyone else was doing. He wanted to find the optimal spread of working hours to achieve the most efficient production output possible. After experimenting with different working weeks, Ford found that his workers produced at least as much output in five-day working weeks as they did when they worked for six days.

Ernst Abbé, head of a German factory, was also interested in experimenting to find a more efficient working week for his employees. He tested shortening the workday from nine hours to eight, and found that production actually increased when his employees worked fewer hours.

Productivity is harder to quantify for knowledge workers than it was for people like Abbé and Ford measuring factory output. But even if you’re struggling to measure exactly how much you’re getting done, if you’re at work for more than 55 hours every week, it’s likely that you’re increasing your health risks and damaging your sleep quality.

How To Achieve Balance

Because we can’t be everywhere at once, we’re forced to choose between these areas when we decide how to spend our time. If we don’t choose where to focus our time, we end up with sub-par results in all areas, says Clear:

“Of course, you are free to divide your time equally among all four burners, but you have to accept that you will never reach your full potential in any given area.”

But of course none of us wants to give up any of these areas of our lives. So how can we use this theory to find a way to balance all four burners? Clear has three different suggestions for balancing your burners.

Clear notes, however, that while outsourcing a burner keeps it running, it’s not necessarily the most meaningful way to keep that burner going. If we can, we’d all like to put our own energy into the things we enjoy, like spending time with our family or growing our businesses, rather than outsourcing those efforts.

Another option Clear suggests is to become more efficient in how you spend time on each burner. That could mean automating some areas of your business, planning how you spend your time more carefully, or spending most of your time on the activities that provide the biggest return for each burner. Since you’re limited in how much time you have overall, maximizing your efficiency can help you get more out of the little time you can spend on each burner.

Clear’s final suggestion is to focus on different burners in seasonal periods. Thinking of your time as being broken into seasons, you can let one or two burners turn off (or slow down) while you focus on others, knowing that you’ll change your focus when you’re ready to start a new season.

A season could be weeks, months, or years long, which is helpful for not having to make lifelong commitments to which burners you’re turning off. “The importance of your burners may change throughout life,” says Clear.

If you’re worried about not focusing on all four burners, the seasonal approach can help you find times to focus on each burner in turn. Since the holiday season is coming up for many of us, for instance, that might be a short period where you turn off the work burner and focus on your family and friends burners. After the holiday period is over, you might find your health burner is needing some love if your holiday season includes eating as well as mine does!

You can do it all in a lifetime, but not at the same damn time. — James Clear

Another option Clear doesn’t mention is to combine your burners. If you’re lucky enough, you might be able to work on a couple of burners at the same time. That’s the case at MeisterLabs, the company behind MeisterTask, where built-in exercise programs allow employees to work on both their “work” and “health” burners in a normal workday.

MeisterLabs CEO Michael Hollauf told me combining work and exercise was the impetus for creating the MeisterLabs running club:

“We already knew that staying active is good for physical health and emotional wellbeing, reducing for example the risk of developing stress or anxiety. We also knew that our team had family commitments and other obligations outside of work (e.g. that latest Netflix series) which can make fitting in regular exercise tricky. When I stumbled across a study which found that exercising while at work actively boosts productivity levels, we decided to act on it.”

Of course, some of you might be thinking (as I was when I first found out about this initiative) that this approach excludes anyone who can’t or won’t use running as a way to improve their health. But the MeisterLabs team thought of that, too:

“This went down great but excluded some team members who didn’t fancy the distance, so we recently set up a yoga class with an external instructor too, held here at our office on Mondays and Fridays. This has proven even more popular … and with the yoga beginning at a very basic level, offering different position options for different abilities, there’s something for everyone.”

While we’re not all lucky enough to have an exercise club at work, some workplaces offer other ways to combine your burners, such as day care in the building letting you get some family time breaks throughout the workday, or flexible work so you can work from home and see your family throughout the day.

What if Balance Isn’t the Right Approach At All?

Now that I’ve talked all about finding balance, I’m going to throw a spanner in the works. The point of finding balance is to separate work and life so you can fit in both comfortably. But some people think this isn’t even possible.

The truth is work and life collide and cannot be easily separated. — Shawn Murphy

According to Shawn Murphy, CEO and founder of Switch & Shift, work and life can’t be separated, and we only frustrate ourselves by trying. Wharton professor Stewart Friedman agrees. Friedman suggests that we have four domains of life, similar to the four burners theory. His four domains include:

These are pretty close to the categories of the four burner theory, but the difference is Friedman says we don’t have to give any of these up. He suggests we can live an “integrated life” and be satisfied in all these areas.

In fact, research on the difference between trying to integrate different areas of your life shows this is more healthy than trying to separate those areas.

If you’ve ever felt a nagging feeling to check your work email during dinner with your family, or to pay your rent while you’re at work, that’s cognitive role transition.

And here’s the strange thing: the more you try to separate work and life, the worse the effects of these transitions.

David Burkus said of the study, “the more frequent role transitions makes [sic] it easier for those individuals to push the thought out of their mind with less willpower.”

For more productivity tips, check out our post on How to write a better to do list and get more done.

This can all get a little confusing, because there are so many different points of view. But if we focus on what the research shows, we know that overworking is bad for our health and our productivity.

Research has also shown us that trying to strictly separate work and life can backfire by making the crossover between the two more harmful to our productivity and wellbeing.

Beyond the research, it’s up to us to experiment and decide for ourselves what works best. We can use the four burner theory James Clear suggests and look for ways to split our time between family, friends, work, and our health. That might mean focusing on different burners in seasons, combining burners when we can, or outsourcing some burners.

On the other hand, some people believe work and life can’t be separated, and research shows that those who let them blend together tend to be healthier and perform better. Their approach is to let the lines between life and work blur a little more, so we can avoid the nagging feeling of one area while trying to focus on another.

Whether we can have it all and still be successful is up for debate, but the most important lesson to be learned is not to focus on only one thing for two long. Whether it’s work or play, too much of one leaves us feeling burned out and lacking balance.

7 thoughts on “How to Achieve A Good Work/Life Balance”