Please note: this article was last updated in 2010. For the latest information on MindMeister updates, please visit our blog homepage at focus.meisterlabs.com

We’re still hard at work on the next major release of MindMeister which is scheduled for late November/early December and will feature a great number of enhancements including the return of our offline mode feature (Safari and Chrome only).

While this release is still a month away, we’re happy to introduce a number of usability improvements and small features in MindMeister 4.8. These features and improvements are based on the most frequent user requests. 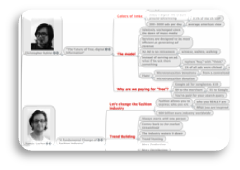 MindMeister users that create maps with a large number of nodes have occasionally run into a formatting problem when repositioning nodes. One way to “clear some space” is to collapse nodes. The problem with this method was always if you dragged one node over a closed one, this secondary node would spring open, with the system thinking that you’d like to add this content to this new node.

This is no longer the case, as we’ve implemented a “Delay on Hover” feature that employs a slight delay before the second node automatically opens. Our intention is that this will lead to less time formatting, and more time creating! 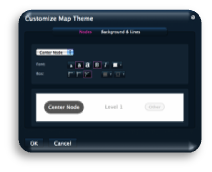 Since launching our Map Themes feature earlier this year, we’ve seen a great number of colorful maps making the rounds at MindMeister. We’ve also noticed that a number of you aren’t just satisfied with the “stock” theme, and like to modify and color them in the customize map theme menu.

Previously, if you’d customized your map theme, but decided to switch to a different look, all of your customizations would disappear. We’ve now implemented a system that will detect if you’ve altered a theme, and upon switching, ask if you’d like to retain these customizations (override) or return to the new map theme settings.

Administrators of our Business Edition will be delighted to know that they no longer have to manually invite individual team members. Located in the “Members” tab under “My Team”, administrators may now create and distribute a single URL that will direct signees to a secure sign up page. 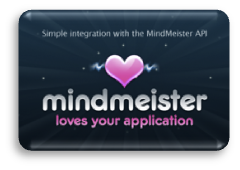 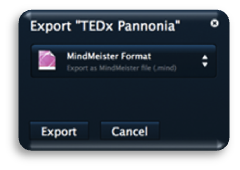 In addition to the new features listed above, we’ve also added a few minor enhancements that should make your MindMeister experience ever better!

Team Account users now have the ability to add licenses during the trial period.

As with all of our releases, we’ve tested these new features numerous times, but occasionally, bugs happen. If you’ve found something that isn’t quite working the way it should, we want to know about it.

We hope you enjoy these new improvements to MindMeister, and as always, thank you for your continued support!

2 thoughts on “MindMeister 4.8: Improvements and Enhancements”