A brand new update for our popular iOS app just hit the App Store! MindMeister 6.4 introduces the practical Handoff feature, a bunch of new languages, and a test drive mode, which lets you give MindMeister a try without the hassle of signing up first. But that’s not all. We are especially proud to introduce a completely new app to you that lets you capture thoughts via voice-input! Learn more below. 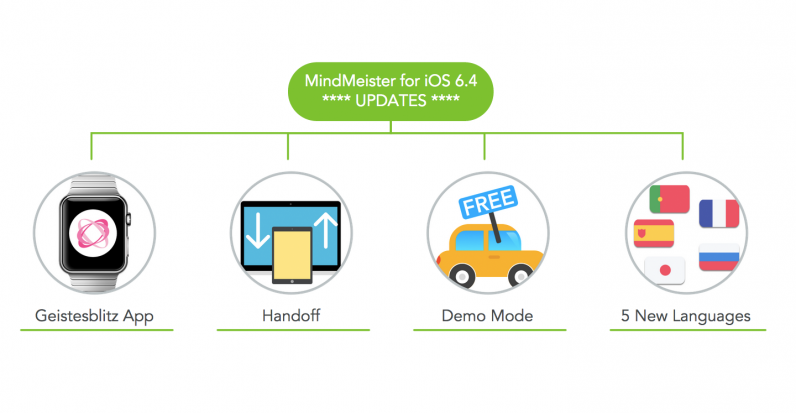 Handoff is a Continuity feature from Apple that enables you to start working on one device and pick up where you left off on another device. This works for things like documents, messages, tasks, and now also for mind maps.

Handoff can be particularly handy when you are working on your Mac and suddenly have to leave your desk. In this case, Handoff lets you seamlessly switch to your iPhone or iPad and automatically open the mind map you’ve been working on on your Mac.

To find out more about Handoff, please take a look at Apple’s support page.

In addition to English and German, the MindMeister app for iOS is now also available in French, Japanese, Portuguese, Russian and Spanish! 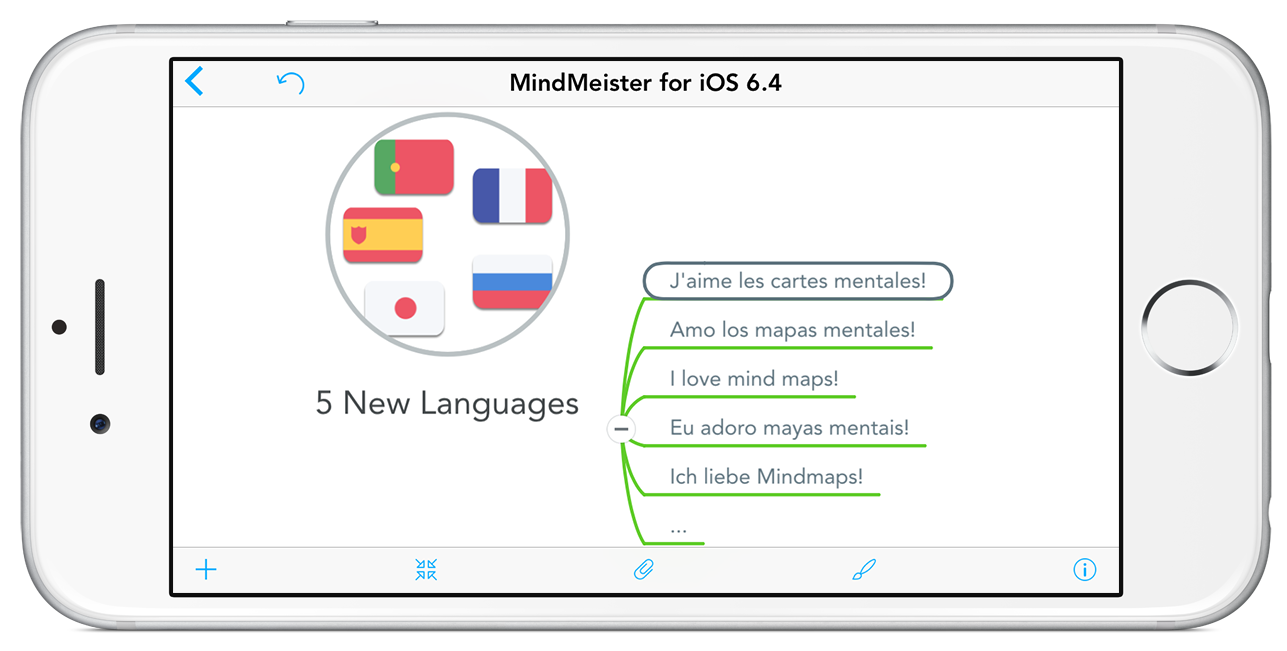 MindMeister can now be tested in a free demo mode on iOS without having to create an account up front. While you are testing in this mode, your demo map is temporarily saved on your device. If you like the app and decide to create an account after testing, this map is automatically moved into your account.

What else is new in our iPhone & iPad App?

Using MindMeister’s mobile app is a great way to edit and present your mind maps when you’re away from your computer. But what if you suddenly have a great idea you want to capture and you don’t have your phone on you?

As it turns out, we often have our most epic ideas while we’re in the shower, are weeding in the garden or are riding a bike. In 2009 a group of American and Canadian researchers conducted a study and found that letting your mind wander (which happens particularly often during menial tasks such as showering) may evoke a unique mental state which allows your brain to come up with more creative ideas.

Unfortunately, those great ideas are often forgotten unless we capture them right away. This is where our brand new Geistesblitz app comes in.

Just like in our other Geistesblitz tools, the Geistesblitz app for the Apple Watch sends your flashes of genius to your default mind map in MindMeister.

To set a mind map as your default map, open the map properties dialog in the upper left corner of your map editor and check the box next to “Default Map”.

If you have an idea that doesn’t belong into your default map, you can also select an alternative map directly within the Watch app before capturing the Geistesblitz.

Now enter your amazing idea via voice input and confirm the message once it is correctly displayed on the Watch’s screen.

Et voilà, the idea will immediately appear in the mind map of your choice, where you can edit and expand upon it further once you’re in front of your computer. Or iPad. Or iPhone. 😉